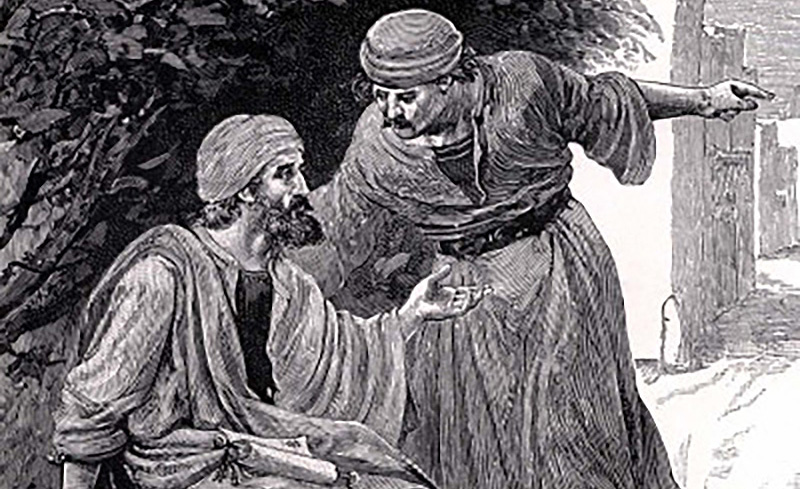 Invitations can be simple yet powerful.

In verses 37-29, John and Andrew approach Jesus having heard of Him from John the Baptist. They were already interested in what He had to say and clearly wanted to hear more: “And they said to Him, ‘Rabbi’ (which means Teacher), ‘where are You staying?’ He said to them, ‘Come and you will see.’”

In verses 40-42, Andrew invites Simon to meet Jesus, who appears to know him already: “Andrew… found his own brother Simon and said to him, ‘We have found the Messiah’ (which means Christ). He brought him to Jesus. Jesus looked at him and said, ‘You are Simon…”

In verses 45-50, Philip invites Nathanael, who hesitates and doubts the credibility of Jesus: “Nathanael said… ‘Can anything good come out of Nazareth?’ Philip said… ‘Come and see.’ Jesus saw Nathanael coming toward him and said of him, ‘Behold, an Israelite indeed, in whom there is no deceit!’ Nathanael said to Him, ‘How do You know me?’” Reluctantly, Nathanael meets Jesus, who, as with Simon, indicates He knows Nathanael well, and he becomes convinced: “You are the Son of God!”

Believers COME TO SEE the truth of Jesus in different ways.

In John 1:37-50, two already interested disciples approach Jesus and follow Him after getting to know Him more. One of those new disciples invites his brother who follows right away. One follows after an invitation from Jesus Himself. This one invites another who is skeptical at first but believes after coming to terms with who Jesus was.

Was your experience like any of these? However we come to know Christ, we find, as Simon and Nathanael did, that He knew us all along.

Consider the simple invitation to believe: COME AND SEE.

“Come” invites faith. We either take that first step upon seeing  God’s work, or with a measure of doubt, or we step without seeing. We “see” when we are convinced that Jesus is who He claimed to be, the Savior we desperately need.

When we witness of God’s love and salvation to our neighbors, we extend the same simple invitation. We don’t need all the answers ourselves, but we can invite someone—to your church, to your home, to your café table, to a discussion of this Jesus—to “come and see.” The Lord already knows where they’re coming from, and His Spirit will help them see.