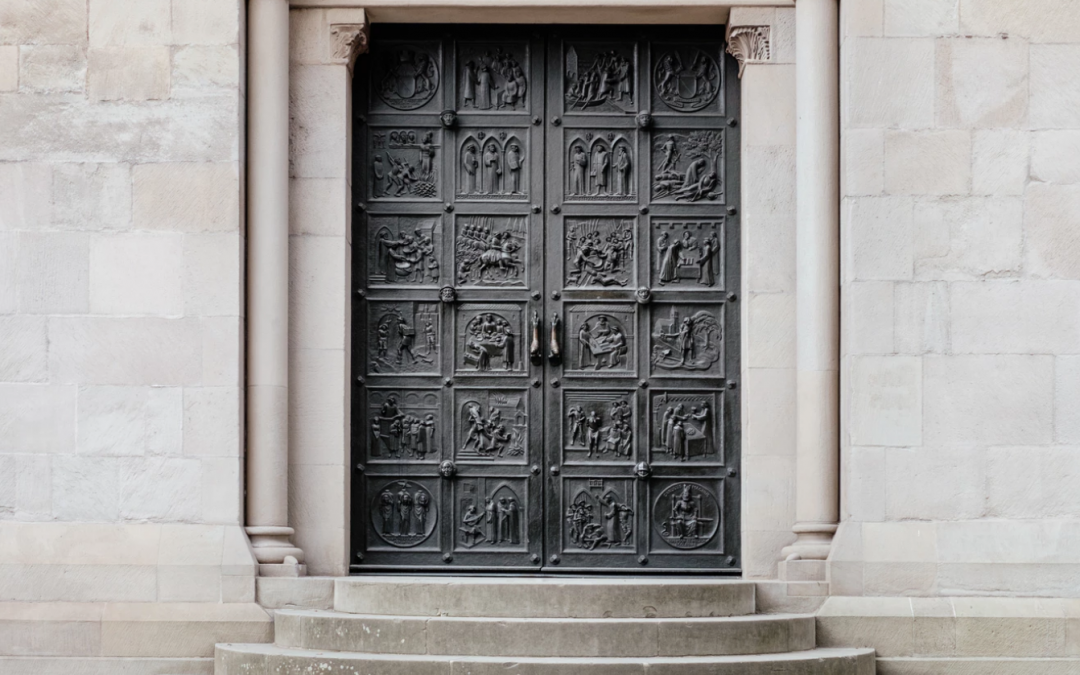 Ralph Waldo Emerson mused, “Life is not measured by its length, but by its depth.” Still, death eventually knocks, and our standing before God determines how we answer.

THE DOORWAY OF DEATH

“No tabloid will ever print the startling news that the mummified body of Jesus of Nazareth has been discovered in old Jerusalem. Christians have no carefully embalmed body enclosed in a glass case to worship. Thank God, we have an empty tomb. The glorified fact that the empty tomb proclaims to us is that life for us does not stop when death comes. Death is not a wall, but a door.”

THE DOORWAY OF THE TOMB

The above words of the late chaplain of the US Senate Peter Marshall are of particular relevance as Easter nears and the empty tomb is in view. A large stone sealed the tomb’s opening, but it did not seal the deal for death. Christ arose, that door was opened, the threshold was crossed from the inside out, and death lost. How can we lose the fear of death and gain the same victory the empty tomb represents?

THE DOORWAY THAT IS JESUS

“Truly, truly, I say to you, I am the door of the sheep…”, Jesus said in John 10:9. He, our living Redeemer and Lord, is the only way to salvation. Through repentance and faith in the finished work of God’s Son on the cross, we can have forgiveness, grace and eternal life. Life for the Christian is much more about the destination than the journey as we look forward to the face of God and living forever in His presence. Meanwhile, what do we do?

THE DOORWAY THAT IS US

Both my parents are in heaven, which will be a reunion hall for many because my mom, too, was a door. Through her trusting Christ in 1976 and her faithful witness, my dad followed. That seed took root in me, my siblings, their children, and will prayerfully continue in the next generation. Mom was a doorway through which truth entered from the outside in. Something eternal and life-giving came into our family, and mom continued to open up the gospel for many others until a stroke took her Home at 91. Her legacy will join her as a throng one day.

Inevitably, death’s door opens for us, but Jesus’ resurrection means those who trust in Him will have their own resurrection and can enter without fear. Until then, God calls every Christian to a legacy of opening doors for others.