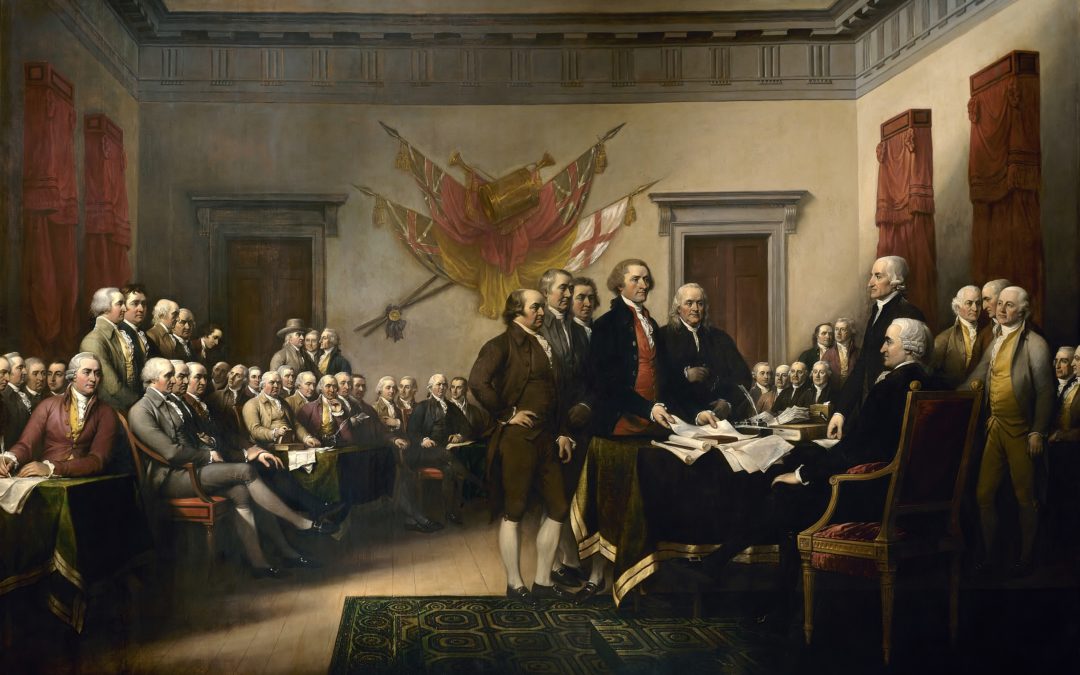 June 6, 2019 was the 75th anniversary of D-Day commemorating the strategic invasion of Normandy in 1944 in what proved to be a decisive battle in the defeat of Nazi forces during WWII. On that singularly memorable and momentous day, 4,413 young men lost their lives as part of the cost to preserve liberty and prevent tyranny among free people in the world.

On July 4, 1776, in the final wording of the Declaration of Independence, those who drafted and eventually signed the document, “mutually pledged their lives, their fortunes, and their sacred honor,” which many forfeited as the price paid for liberation from England’s oppression.

Parades, picnics, and picturesque fireworks remind us of our costly freedom. This freedom is not free and neither is it forever. As grand as it is to live in the “land of the free and the home of the brave,” there is a freedom more precious and permanent purchased at great price available to but not enjoyed by all people in every corner of the world. I commend it to you.

Regardless of where we live, the Bible declares, “There is none righteous, not even one” (Romans 3:10) because we are “slaves of sin (rebels)” (Romans 6:17,20). None of us meets up to God’s perfect standard of conduct just like nobody bowls a perfect 300 every time. We’ve lied, been jealous, lost our temper, and acted selfishly. Sadly, the result of our slavery is separation from God for eternity—“For the wages of sin is death…” (Romans 6:23a).

Happily, a remedy has been provided to free us from our proclivity to sin and destiny of death. “…but the free gift of God is eternal life in Christ Jesus, our Lord” (Romans 6:23b). The price paid to purchase our freedom from slavery to sin was Christ’s death on the cross. “…while we were yet sinners, Christ died for us” (Romans 5:8). “For us” means Christ died as our substitute. He suffered the penalty we deserve. The free gift of eternal life comes to all who believe. “For God so loved the world that He gave His only Son, that whoever believes in Him…would have eternal life” (John 3:16). Those who believe are “no longer slaves to sin” (Romans 6:6b) but freed from sin’s penalty of death and sin’s power in life.

I delight in and celebrate our American freedom. I invite you to enjoy eternal freedom through faith in Christ so we can declare together the famous words of Martin Luther King Jr.: “Free at last! Free at last! Thank God Almighty, we are free at last!”