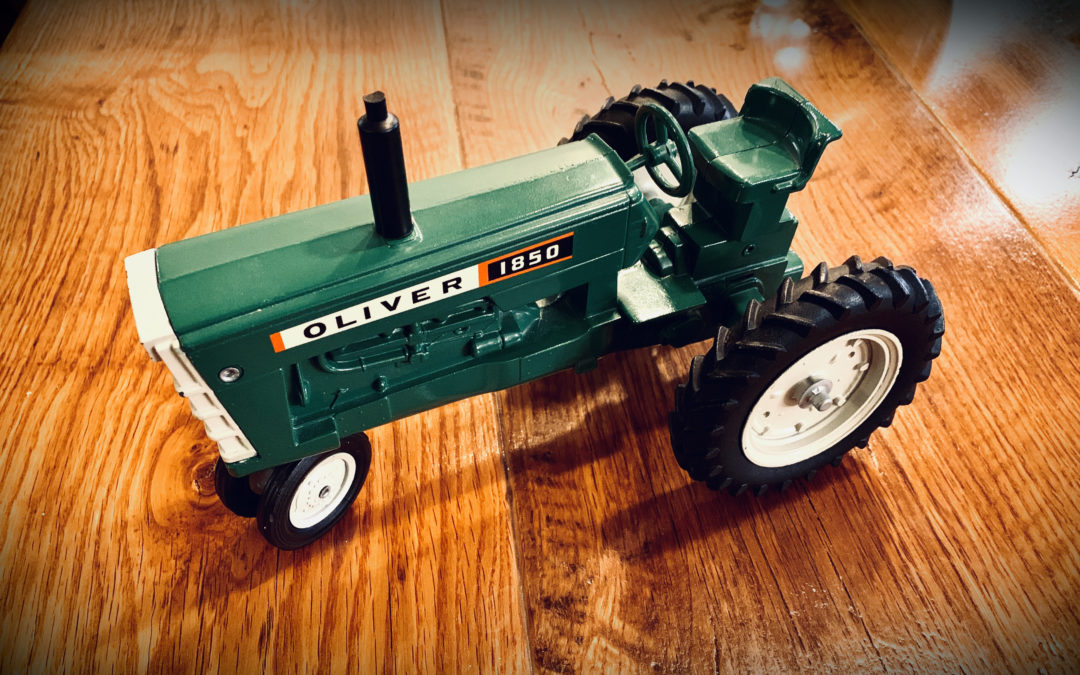 When I was a teenager my Grandmother gave me a 1/16th scale toy tractor that had been completely refurbished for Christmas. I no longer played with toys, but this was one I had played with often while visiting my grandparents. It was personal, priceless (costly), and a proclamation of her love. Those are the ingredients that make a gift valuable to us. That toy tractor ranks up there among the top gifts I’ve received, but it pales in comparison to the greatest gift which God gave, that I’ve received and want to share with you.

Jesus declared, “For God so loved the world that He gave His only begotten Son, that whoever believes in Him should not perish, but have eternal life.” (John 3:16) Jesus was God’s personal gift to mankind so that every individual who believes in Him will be saved from God’s punishment, live for God’s purposes, and enjoy God’s presence forever. Christ is blessed because He gave the greatest gift—His life. We are blessed when we receive His gift of love by faith.

Just as the presents under our Christmas trees have specific names on them, so too did God send Jesus into the world to provide forgiveness and eternal life for individuals.

We are selfish by nature and deserve God’s wrath (Ephesians 2:3). But He gave the priceless gift of His Son to die and take upon Himself the punishment for our active rebellion against Him and/or passive indifference to Him—“Christ died for sin, once for all, the just for the unjust…” (1 Peter 3:18). God’s gift was a proclamation of His great love for humanity—“For God so loved the world…but God demonstrated His love for us…Christ died for us.” (John 3:16; Romans 5:8). He didn’t want to see us condemned to an eternity apart from Him. He gave His Son so that all who believe will be forgiven and receive eternal life.

The gift of life in Christ has been given, but it doesn’t become our possession until we personally receive it. How do we receive it? Paul told the jailer, “believe on the Lord Jesus Christ and you will be saved…” (Acts 16:31). To believe is to turn from our self-directed life and trust in Christ as Savior and Lord—to surrender to His will and way.

God’s personal, priceless proclamation of His love came to us as a babe in a manger. Salvation through faith in Jesus is the greatest gift ever given and the best gift ever received. Receive new life, believe in Jesus.