Where Is Your Gaze? 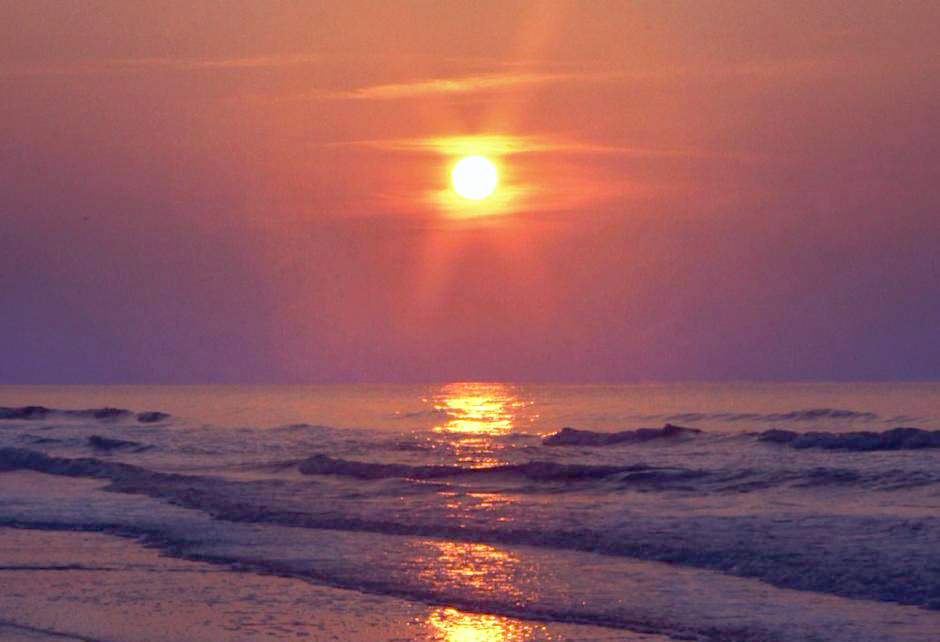 This early bird doesn’t wake up for worms, but a sunrise on the beach is definitely worth setting the alarm early for. One morning before dawn, while vacationing on Hilton Head Island, I armed myself with a camera and tripod and hiked down to the beach, setting up just before the glorious orange sphere emerged from the Atlantic.

As I clicked off some shots, I noticed a few early joggers and dog walkers stop near my spot, pull out their smartphones and take their own pictures. When someone sets a nice Nikon on a tripod, they must look like they know what they’re doing, and what they’re pointing that big lens at must be important. I wasn’t anticipating anything out of the ordinary for this sunrise, but my attention and commitment to it made others want to look too.

Where do you fix your gaze? Worship of our Creator should be obvious and intentional. We glorify God when we make Him look good, and all we really need to do to make God look good is to show the world who He really is. That begins with our own contemplation of who He is.

God has revealed Himself to us in nature, including but not limited to beautiful sunrises. “For since the creation of the world God’s invisible qualities—His eternal power and divine nature—have been clearly seen, being understood from what has been made…” (Romans 1:20)

God has revealed Himself in our hearts. Human beings’ God-given moral consciences “show that the requirements of the law are written on their hearts…” (Rom. 2:15). People have an unshakable intuition about eternity (Ecclesiastes 3:11) and a persistent yearning to “seek Him and perhaps reach out for Him and find Him…” (Acts 17:27)

Most clearly, God has revealed Himself through His Son. When Jesus walked the sands of earth, He presented a close-up picture of God. In John 14:7, Jesus told His followers, “If you really know Me, you will know My Father as well. …you do know Him and have seen Him.” The apostle Paul declared Jesus “the image of the invisible God, the firstborn over all creation.” (Galatians 1:15)

Finally, God has revealed Himself through His Word, “something completely reliable, and you will do well to pay attention to it, as to a light shining in a dark place until the day dawns…” (2 Peter 1:19) The Bible is God’s written revelation about Himself, humanity, the Good News of redemption through Jesus Christ, and His future plan for His people.

We shouldn’t be flamboyant in our worship (Matt. 6:5). But whether it’s through a consideration of God’s “general revelation” in creation and our hearts, exemplifying Christ in our own life, or studying His Word, our sincere fixation on God is bound to turn some heads for His glory. Start your day with an obvious heavenward focus and see who else follows your gaze.