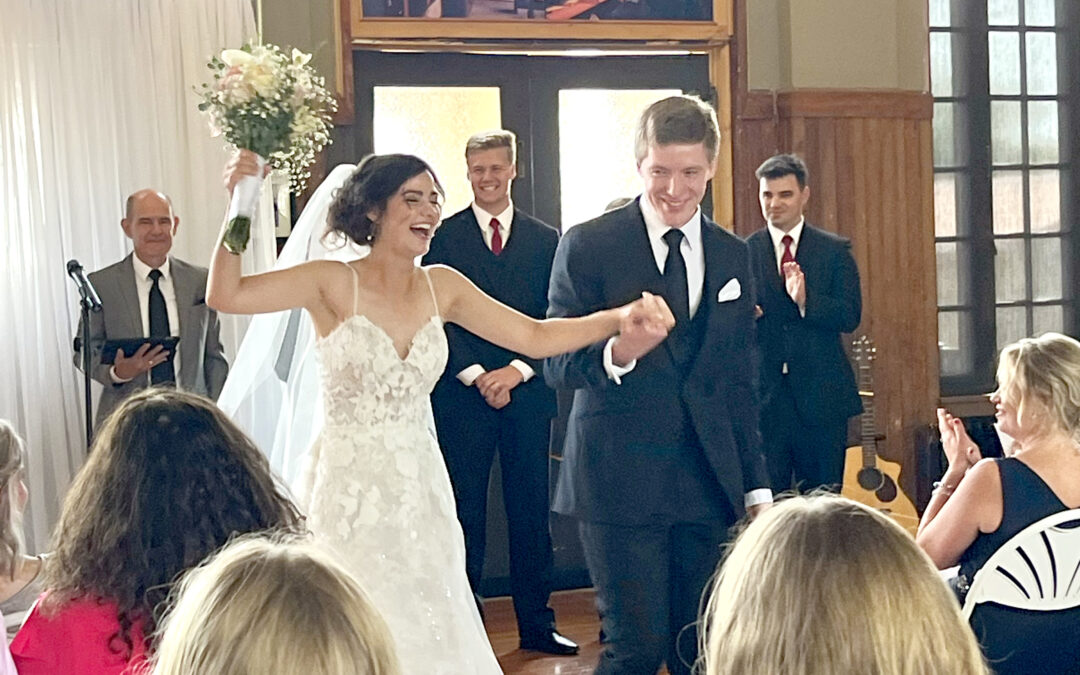 Within a span of three months this summer, I walked both of our daughters down the aisle and placed their hands into those of the man each one married. In those special moments and in the time preceding and following the weddings, my father’s heart of love welled up and sometimes spilled over into tears. Sending our little girls off into the next chapter of their lives is both gut-wrenching and good.

My experience has given me a fresh glimpse into our Heavenly Father’s love for humanity in sending His only Son into the world. “In this is love, not that we loved God, but that He loved us and sent His Son to be the propitiation (atoning sacrifice) for our sins” (1 John 4:10)

Our daughters were met by good men who love them. God’s Son came to people who despised Him—“He was despised and we did not esteem Him.” (Isaiah 53:3b) Why would our Heavenly Father entrust his precious Son to those who do not love Him? God’s Son explains, “For God so loved the world, that He gave His only begotten Son, that whoever believes in Him should not perish, but have eternal life.” (John 3:16)

I love our girls too much to subject them to wicked men. God loved wicked humanity (the world) too much to withhold His beloved Son. But why give His Son? “All of us, like sheep have gone astray. Each of us has turned to his own way (in rebellion against God); But the Lord has caused the iniquity of us all to fall on Him.” (Isaiah 53:6)

Jesus’ death paid the penalty our sins deserve so all who believe in Him may be forgiven, escape God’s punishment, and receive eternal life. “He Himself bore our sins in His own body on the cross that we might die to sin and live to righteousness; for by His wounds you were healed.” (1Peter 2:24a) “He who believes in the Son has eternal life.” (John 3:36a)

Stuart Townsend aptly states, “How deep the Father’s love for us; How vast beyond all measure; That He would give His only Son to make a wretch His treasure… Behold the man upon the cross, my sin upon His shoulders…”.

The measure of our Father’s love is the sacrifice of His Son to rescue unworthy rebels from eternal condemnation and then raise Him from the dead to bring about our justification (Romans 4:25). What pained the Father profits us.